A Trip to the Dark Site — Leak Sites Analyzed 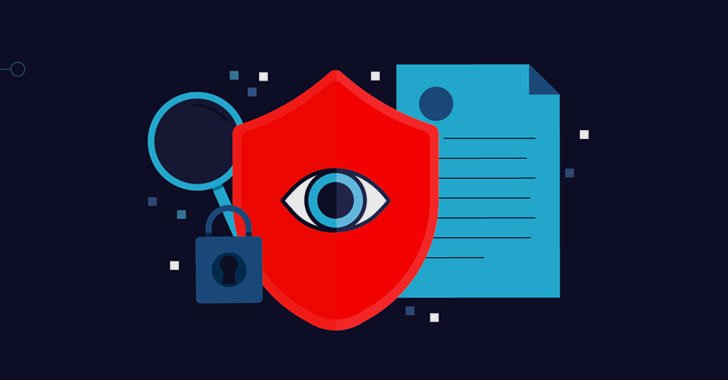 Gone are the days when ransomware operators were happy with encrypting files on-site and more or less discretely charged their victims money for a decryption key. What we commonly find now is encryption with the additional threat of leaking stolen data, generally called Double-Extortion (or, as we like to call it: Cyber Extortion or Cy-X). This is a unique form of cybercrime in that we can observe and analyze some of the criminal action via ‘victim shaming’ leak sites.

Since January 2020, we have applied ourselves to identifying as many of these sites as possible to record and document the victims who feature on them. Adding our own research, analyzing, and enriching data scraped from the various Cy-X operators and market sites, we can provide direct insights into the victimology from this specific perspective.

We must be clear that what we are analyzing is a limited perspective on the crime. Nevertheless, the data gleaned from an analysis of the leak-threats proves to be extremely instructive.

We’ll refer to the listing of a compromised organization on a Cy-X leak site as a ‘leak threat’. The numbers you’ll see in most of the charts below refer to counts of such individual threats on the onion sites of the Cy-X groups we’ve been able to identify and track over the last two years.

A boom in leak threats

Despite the vagaries of the environment we’re observing, the number of unique leaks serves as reliable proxy for the scale of this crime, and its general trends over time. We observed an almost six-fold increase in leak-threats from the first quarter of 2020 to the third quarter of 2021.

Striking where the money is: Leak threats by country

Let’s take a look at the countries the victims operate in.

In the chart above we show the 2020 and 2021 leak threat counts per country, for the top 10 countries featured in our data set. We also show the estimated Gross Domestic Product (GDP) for the 12 wealthiest countries[1].

The top victim countries have remained relatively constant across our data set. As a general rule of thumb, the ranking of a country in our data set tracks the relative GDP of that country. The bigger the economy of a country, the more victims it is likely to have. Indeed, eight of the top ten Cy-X victim countries are among the top 10 economies in the world.

The conclusion we draw from this, is that the relative number of victims in a country is simply a function of the number of online businesses in that country. This does not prove definitively that Cy-X actors do not deliberately attack targets in specific countries or regions from time to time. It’s also not to say that a business in a high-GDP country is more likely to be attacked than a victim in a low-GDP country (since, with more businesses exposed within that country, the probabilities even out).

In our view, the take-away from this data is simply that businesses in almost every country are being compromised and extorted. Logically, the more businesses a country has, the more victims we will see.

Exceptions to the rule

Having said that, we’ve taken the liberty of including India, Japan, China and Russia in the chart above, as counterexamples of large-GDP countries that rank low on our Cy-X victims list.

India, with a projected 2021 GDP of $ 2.72 trillion, and China with $ 13.4 trillion, appear underrepresented, which might be due to several reasons. India, for example, has a huge population and correspondingly large GDP, but the GDP per capita is lower, and the economy generally appears less modernized and digital, meaning fewer online businesses to target. It could be that criminals doubt that Indian businesses could or would pay their dollar-based ransoms. The language might also play a role – businesses that don’t communicate in English are more difficult to locate, understand, navigate, and negotiate with, and their users are harder to exploit using commoditized social engineering tools.

Japan, as another obvious exception to our rule, has a highly modernized economy, but will present criminals with the same language and culture barriers as China and India, thus possibly accounting for the low prevalence in our victim data.

The conclusion here is that Cy-X is moving from English to non-English economies, but slowly for the time being. This is probably the logical result of the growing demand for victims fueled by new actors, but it might also be the consequence of increased political signaling from the USA, which may be making actors more cautious about who they and their affiliates exploit.

Regardless of the reasons, the conclusion here once again needs to be that victims are found in almost every country, and countries who have hitherto appeared relatively unaffected cannot hope that this will remain the case.

One size fits all: No evidence of ‘big game hunting’

As shown, businesses with less than 1,000 employees are compromised and threatened most often, with almost 75% of all leaks originating from them. We’ve seen this pattern consistently in our leak-threats data over the last two years, by industry, country, and actor.

The most obvious explanation for this pattern is again that criminals are attacking indiscriminately, but that there are more small businesses in the world. Small businesses are also likely to have fewer skills and technical resources with which to defend themselves or recover from attacks.

This suggests again that any and every business can expect to be targeted, and that the primary deciding factor of becoming a leak site victim is the ability of the business to withstand attack and recover from compromise.

It’s worth also noting that, since the crime we’re investigating here is extortion, and not theft, it is the value of the impacted digital asset to the victim that concerns us, not the value of the data to the criminal.

Any business that has digital assets of value can therefore be a victim. Neither small size nor the perceived ‘irrelevance’ of data will offer significant protection or ‘fly under the radar’.

This is just an excerpt of the analysis. More details like the threat actors identified or the industries targeted most (as well as a ton of other interesting research topics) can be found in the Security Navigator. It’s available for download on the Orange Cyberdefense website, so have a look. It’s worth it!

The world’s most common passwords: What to...